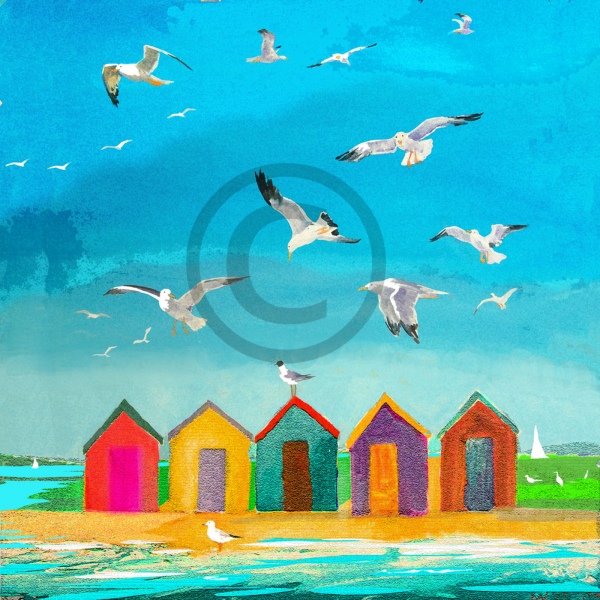 Currently out of stock

Notify me when available
Spend £ 0.00 more and get Free Shipping!

The Arty Card Company is an Isle of Wight based business that commissions and produces greetings cards for local artists.  All ranges are linked to the Island; some by birth, some by scene and others by a deeper sense of belonging to a unique community of people.

Born in 1942, Alex Williams trained at St Martin’s School of Art and The University of Wales. He became an art teacher, later Head of Art, at schools in Hertfordshire before moving to Hay-on-Wye to set up his design and print studio. Moving to the Welsh Border country in the late 1970’s was catalytic in his development as a painter of farm landscapes, animals, buildings and agriculture.
His work was widely exhibited in the UK and Alex then moved to Los Angeles for three years, exhibiting there and undertaking commissions for Tom Jones and Jackson Browne as well as for magazines and companies. His images have been widely used in Tableware and Fine Bone China, Limited Edition Prints and Greetings Cards.

His versatility also extends to numerous TV appearances as artist and art teacher, in Australia as well as in the UK. He has exhibited widely in both individual and group shows and his work is in many public and private collections;
The National Museum of Wales has purchased a number of his landscapes of the Welsh Borders and he has collaborated very successful with the National Trust on a range of products.
His recent show at The Fosse, “Only the Lonely” brought together his love of “Period Rock” (his term) and the lives of farming folk their live stock and rambling buildings.
He moved to the Isle of Wight in 2012 and is currently working as artist in residence at The Griffis Art Center new London Connecticut.

Twelve pack of notelets with two designs (6 of each).  Fountain pen friendly card.

No customer reviews for the moment.

Shipping cost
Overseas shipping starts at only £2.40. The exact cost varies by price, weight and delivery country so to find out your final shipping cost just add the item to your shopping basket and select the delivery country. You don't have to enter any personal details - just an e-mail address but this isn't stored unless you create an account. We offer a choice of shipping services from Royal Mail and DHL.

VAT (at 20%) is automatically taken off for destinations outside the EU.

Nib choices for fountain pens
If we show the pen with the default nib selection shown in stock it means we have stock of that pen. If you select another nib size and the website doesn't say "in stock" we can usually supply that pen immediately as we keep extensive supplies of nibs from all our manufacturers.